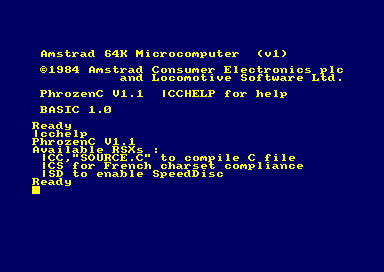 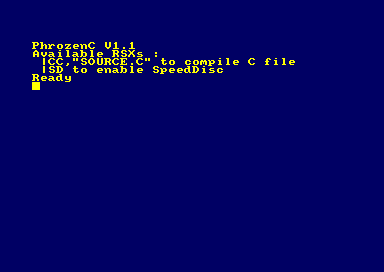 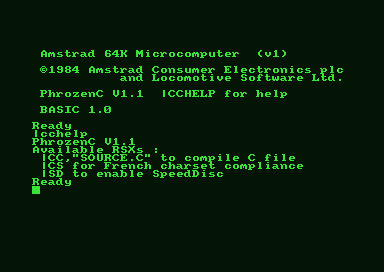 - CATEGORIES -
UTILITY -> Other
- DESCRIPTION -
PhrozenC is a C compiler based on original SmallC compiler. SmallC has been initially created in 1980 by Ron CAIN, targetting CP/M machines at the time (which also includes the Amstrad CPC). In the beginning of the year 2010, I found out back the compiler's source-code on the net and tried to compile it for the PC platform. It worked pretty well, and I personally found its implementation relatively small in terms of memory footprint. "For the fun" (like many projects started I guess :) I tried making a real Amstrad CPC port; at rst, I was not able to get it working as expected but nally, after some tweaks and many headaches I succedeed in the task !