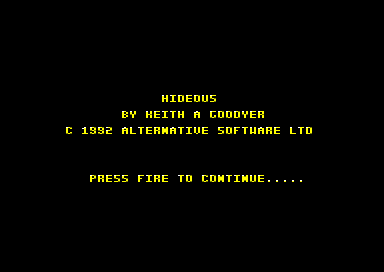 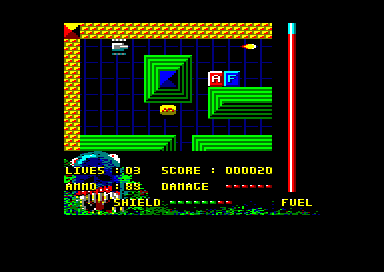 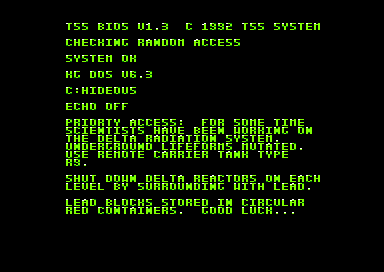 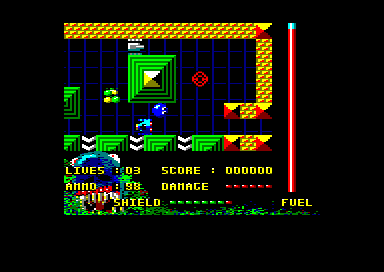 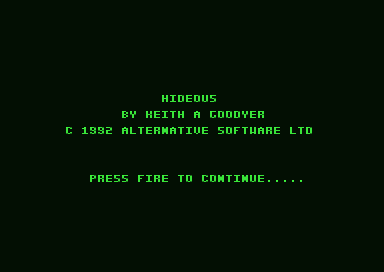 The only other released game I produced was call 'Hideous' for the Spectrum and Amstrad CPC which was released on budget by Alternative Software. They bought both the amstrad and spectrum completed games from me and released the Amstrad version under my name (and possibly the spectrum too). They then apparently lost the Masters and contacted me to re-master both games, at which point I enterprisingly asked them for a small extra payment (they had after all bought what was originally my first game for next to nothing) and heard nothing from them. The game then resurfaced annoyingly with no mention of myself and was re-released with what looks like a tweak of the original code and claims to be the work of Keith A Goodyear.