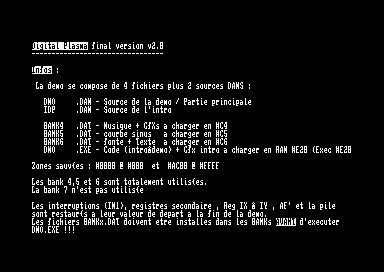 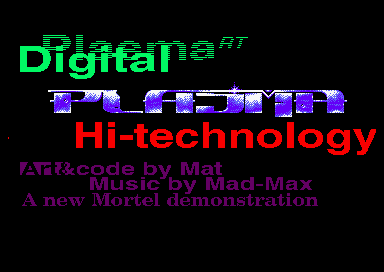 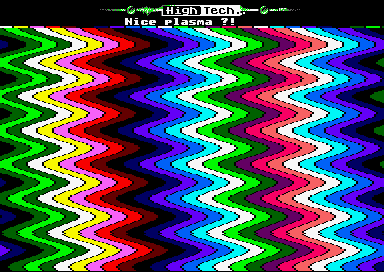 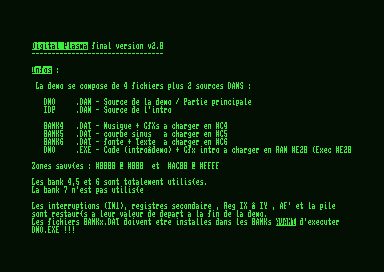 This onescreen was originally intended to be released in the Demoizart but has been disgarded later and ended up for the High Technology megademo by AsT System.

This screen is completly finished, but AsT never released his megademo.

I've included the two versions and left the DAMS source file in the HighTech version.