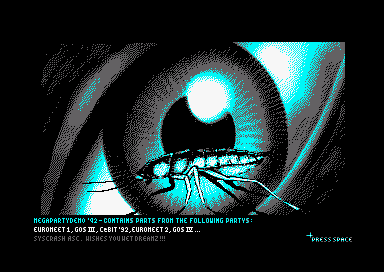 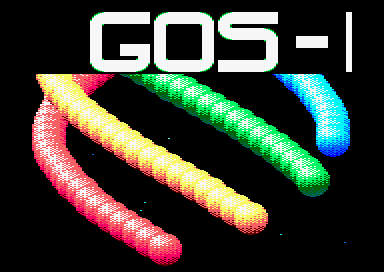 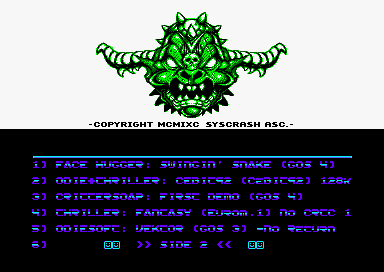 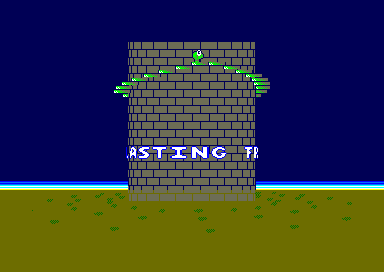 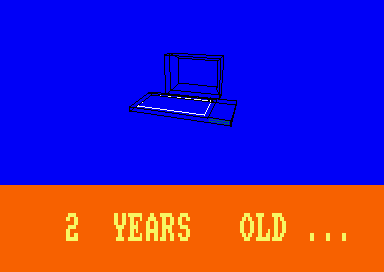 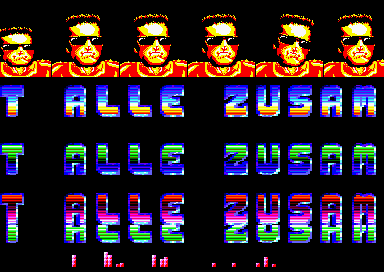 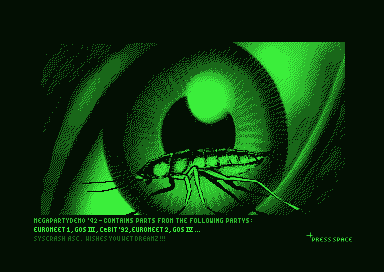 - CATEGORIES -
DEMO -> Other
- DESCRIPTION -
WACCI : The MegaPartyDemo II disc contains eleven truly excellent demos under the party banner. A must for demo fans and if you think you don't like them - try this one.

Megaparty demo 92, an Amstrad CPC demo with parts from the following parties : Euromeeting 1 and 2, Cebit 92, GOS III and IV.

The Cebit 92 Demo was compiled by Thriller of GOS, I just participated by creating the perspectively turning stars in the background of the Cebit 92 logo.
It was the third Cebit I've attended after being at the shows in 1989 and 1991. The party in '92 was in the basement of Goldwyn Mayers (GWM) place. A couple of users had brought their CPCs in backpacks and in their cars and I've had the chance to grab one empty CPC during the night and started writing this stars vector graphics.

I even got it finished during the party, but I took it back to my place after the party to improve the speed of the graphics. Also Thriller asked me not to use double buffering anymore since he didn't have enough memory left for two screen memories.

I had to re-write the display of the 90 stars so that they were always displayed from the topmost star to the bottom, so that the stars didn't flicker when the routine was overtaken by the electronic beam of the screen - which happened when I used a fix order in which the individual stars were being drawn.

So I finally got the calculation and display time of the stars down to a little more than half a frame flyback, so that Thriller had enough processor time left in each framefly so that he could insert his text-display and a music.

Et voilÃ  the first demo with my participation was ready to be published...

It was finally released with a number of other parts by me in the GOS Party 4 - The Revenge Demo (Side 2, Part 2) later that year.

Cheat hunters should also take the time to use a sector editor to explore the sectors on the GOS 4 Party - The Revenge Demo disc. There's some funny stuff hidden in some sectors... 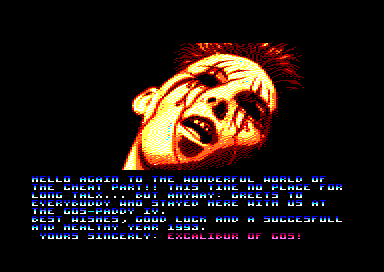 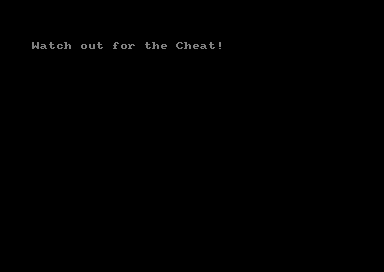 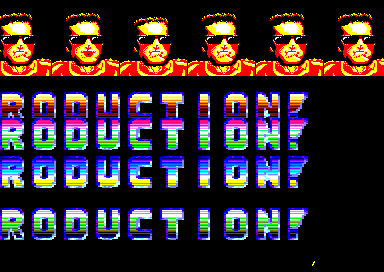