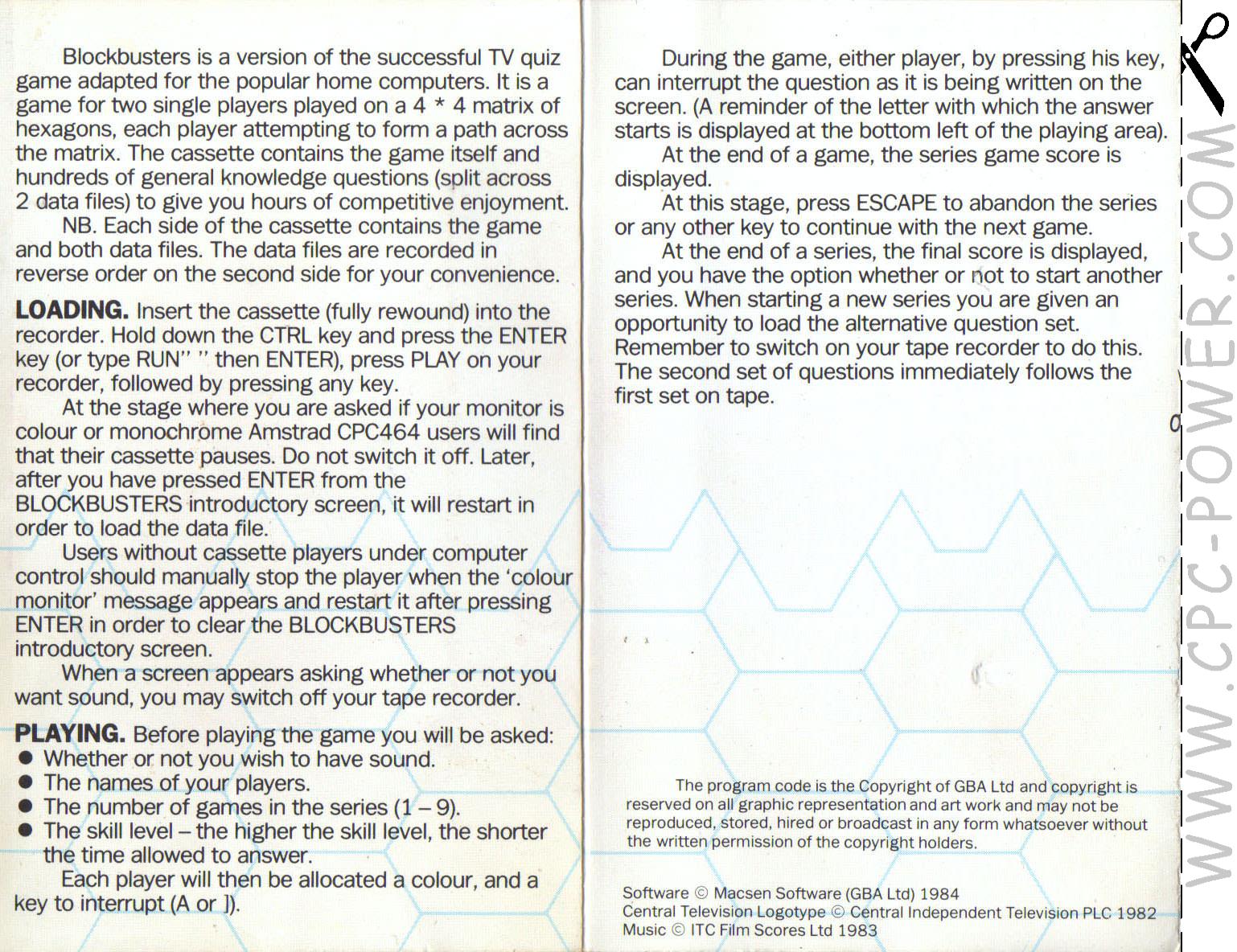 Blockbusters ------------ BLOCKBUSTERS from Macsen Software is based on the well-known television series of the same name. The TV game is a Central Production made in association with Mark Goodson and Talbot Television. Blockbusters: Blockbusters is a version of the successful TV quiz game adapted for the popular home computers. It is a game for two single players played on a 4x4 matrix of haxagons, each player attempting to form a path across the matrix. The cassette includes the game itself and hundreds of general knowledge questions to give you hours of competitive enjoyment. Loading: After loading the main program you will be asked whether or not you wish to load new questions. If you answer "Y" the next set of questions on the tape will be loaded into memory. If you answer "N" the computer will use the questions already in memory. Should there be no questions in the machine a new set will be loaded from tape. Playing: Before playing the game you will be asked: * Whether or not you wish to have Sound * The number of games in the series (1-9) * The level of difficulty (1-9) - the higher the difficulty level the shorter the time allowed Each player will then be allocated a colour (White or Blue) and a key to interrupt (A or L). During the game the question is written across the screen and may be interrupted by either player at any time by pressing his key. If the answer is incorrect or time runs out the whole question will appear for the other player. A clock on screen counts down the time allowed for answering. Some questions will accept two alternative answers (e.g. singular and plural) and, if a slight misspelling occurs, the player will usually be given another opportunity to answer. To load new questions or restart press CAPS SHIFT and SPACE. This version produced in association with Tim Williams. Software (C) Macsen Software (GBA Ltd) 1984. Central Television Logotype (C) Central Independant Television PLC 1982 Music (C) ITC Film Scores Ltd 1983 (Transcribed by Robin Stuart)