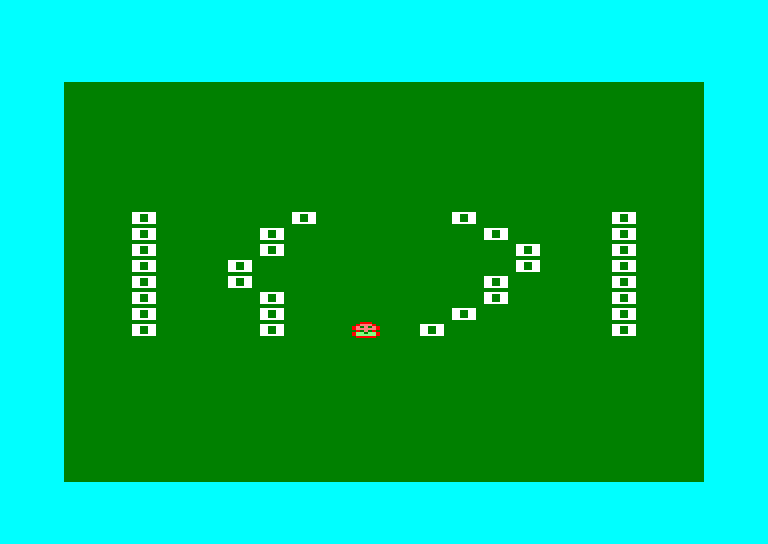 - CATEGORIES -
GAME -> Action
- NUMBER OF PLAYERS -
1 player
- DESCRIPTION -
Red has to set out on a journey, which will determine if they are successful or not depending on which Path they take, however Red may also encounter Aggressive Residents which spring out in front of you, if you try and fight them it will be fatal for Red, however if Red chooses to Dodge around, the Aggressive Resident only has 50/50 chance of striking out at Red, though Red if struck, Red can only takes a couple of blows.

I've written this game for the BASIC 10 Liners Competition for the EXTREM-256 category, the game has some DATA in it (not Machine Code), which is converted back to construct the Path ways. During the initialization phase, the Aggressive Residents are randomibly scattered around the Path Ways, which are represents by the number 2s and at the end numbers 3,4 & 5 are used to determine if Red has travelled the correct path or is simply been unlucky. I've been describing this game as a Role-Play type game as all the Luck needs to go Red to be successful.

- CONTROLS -
Use the Cursor Keys Left, Right and Up Arrow to move Red forwards.